Unless you got stranded on Mars, were left to fend for yourself, and defied the odds of botany by successfully farming potatoes on the red planet over the weekend, you probably saw that Beyonce came out with a new single and accompanying music video.  The video has already been analyzed by culture critics, which is chock full of political and racial commentary, as well as #BlackLivesMatter imagery.  And then, predictably, she “slayed” the Superbowl halftime show.  Needless to say, Queen Bey, we are not worthy.

Once you were brought back down to Earth, and subsequently were reminded that if you ever were to put hot sauce in your bag it would literally spill everywhere, the next focus became grabbing tickets to her Formation World Tour.  But, perhaps the bigger realization of the day was Beyonce’s announcement via a press release that proceeds from the concert would go to support the citizens of Flint, Michigan and the current water crisis through her charitable work, called #BeyGood.

Before I go any further about this, “let’s get in formation” about a couple of things.  First, this is not out of step with Beyonce’s past behavior, and therefore, it jives with me.  She’s been charitable for a long time, focusing on Houston’s Third Ward, Haiti, New Orleans, and girls’ rights across the world, and she’s never been particularly flashy about her philanthropic activity, which I respect.  Most recently, she and Jay-Z have posted bail for activists in the Baltimore protests, and they have also given a large gift to #BlackLivesMatter.  The work Bey and Jay have done for various charities is outlined in various posts on her #BeyGood blog, and interestingly, all of the posts are geared toward encouraging the reader to take an active role by signing a petition, donating time or supplies, or hosting a film screening, to name a few.  You can even apply to become a #BeyGood ambassador (the responsibilities of that role are not explicitly stated).

What is compelling to me about the Knowles-Carter family’s philanthropic activity is not their intentions (which I have no doubt are benevolent).  Rather, I’m interested in the tone with which they present their involvement, as something that their fans should take an active role in, too. It’s arguably the only place that their incredibly well-built fortress of privacy and out-of-reach-ness comes tumbling down.  The seemingly unattainable air of next-level wealth and celebrity that they boast about in plenty of songs is lifted, and all of sudden, Beyonce is urging you, regular old you, to participate.

Beyonce is certainly not the first nor the last celebrity to make these kinds of overtures toward her fans.  Lena Dunham has famously been campaigning for Hillary Clinton in Iowa and is also a passionate supporter of Planned Parenthood.  In the past year, Amy Schumer has been outspoken about the need for stricter gun control policies after a shooting in a movie theater in Lafayette, Louisana playing her film Trainwreck led to three fatalities.  Still more celebrities have been pointedly open about their philanthropy and activism to inspire their fans to follow suit.  And yet, interestingly enough, a recent study from The Millennial Impact Report has shown that only 3% of Millennials are moved to give to non-profit organizations who use celebrity endorsements.

So, maybe these efforts from celebrities trying to influence their fans are all in vain.  Maybe not.  I’m not suggesting one theory either way, and in general, I think more conversation about social impact is always better.  On one hand, I worry that Beyonce’s choice to funnel proceeds from ticket sales to Flint from her Formation World Tour is a half-baked way to get people to think about and/or participate in (however marginally) the crisis.  Would I rather see people choose to give aid to Flint directly without the benefit of getting a concert out of their actions? Absolutely.  But, on the other hand, I have no right to complain.  Has there ever been someone of her stature, her upper-upper-upper echelon of influence, power, and cultural clout, that has chosen to put “the message” – whatever that may be from month to month or year to year – at the center of her relationship with her fans?  Probably not.

Do celebrities’ philanthropy or endorsements influence you?  What do you think of celebrities using their fame to leverage an activist agenda?  I’d love to hear your thoughts.

It’s probably best to end this with words from the Queen herself, so when it comes to philanthropy, remember this:  “Always stay gracious, best revenge is your paper.” 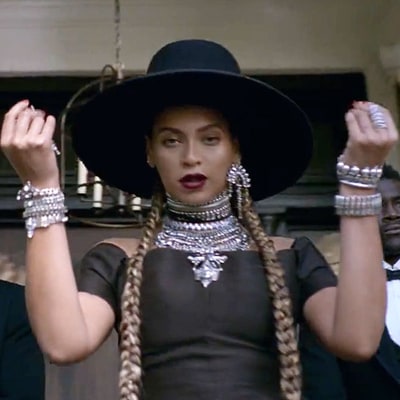